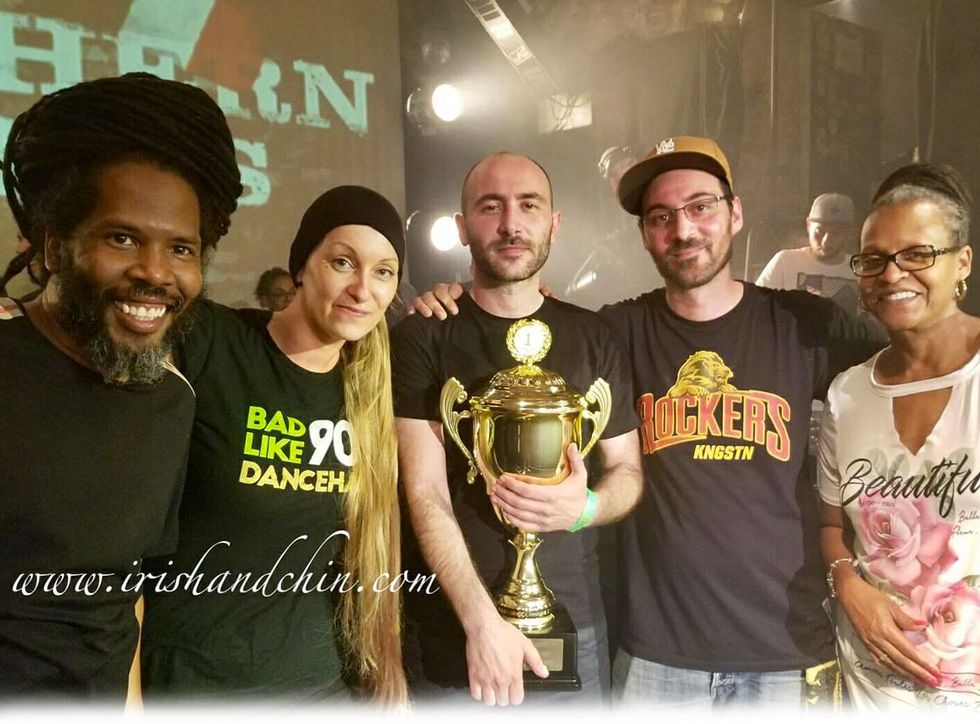 Northern Lights sound made it! But what an unpredictable fight it has been! First of all big up Splendid sound from Poland for putting up a great great performance, the connection they had in the clash was out standing! they will surely be one of next Europe’s finest most definitely!

Must mention the magician aka Smokey & T-Zion for showing what been experienced means, and overall for prooving that Irie Crew is one of the greatest clash sound from Europe ever. Special big up for the “immortal” Warrior aka Mattia, another proof of how this guy can handle ANY kind of situation and still never fail or go belows his standards and people expectations. Big up Shirkan and Dj Autograph and the whole Safari sound, their box is ready for being one of the next most talked about in this clash scene. Same applied to Biomassa, our family from Ticino, that is the living proof of how great the future of this art will be!
RESPECT IS DUE
Time to Big Up the greatest brand of sound clash business of all time, thanks to IRISHandCHIN for making it possible for us to be part of this rumble and most of all for feeding our love for the sound clash culture for 20 years now.
If Chin decided to bring the rumble to Europe it’ s for how Europe’s soundclash scene has developed through all the years thanks to all the sound clash promoters that risked their money, spent their energies for keeping it alive and growing. Thanks to all the promoters who believed is us from Kaya sound for the “royal city clash”, Bomchilom for “worries in the area”, Herbalize it, Supersonic and City Lock for “war ina east”, we have to big up Ruff Pack for “badda dan” and all who still promoting clashes, from the most known to the upcoming ones.
We really just want to share Our shining moment with all who really deserve it, cause this scene is alive and it’s growing because of all of WE working together.

Must admit that the whole of the NL team still don’t believe what we were able to accomplished, not just last saturday night in Wuppertal, but in the last 2 years. From bringing Killamanjaro to Udine, to play in Spanish Town alongside with Bass Odyssey Metromedia and Amplex, from been the host and the resident dancehall crew in two different summer festivals, one in Italy and the other one in Spain, from bringin back soundclash in our region to been able to get 3 trophies ina row with 3 lock off performances, from clashing (again) our family from I-Shence over England to be recognized as the third italian sound in history to walk on the worldclash stage in the legendary club called Amazura in New York city.
Fyah Ed, Michelle and Dj Dezo we would love to thank all who did believe in Northern Lights works, our friend our families from all over the world, because if becoming a worlclash contender makes you a world sound, then we must take our time to introduce you to some of the people who always showed love and mad support to the lights dem. Big up Dj Deso’s wife for being a part of everything we do, big up Red Storm sound for stayin side to side with we during the bad and the good times, the youths dem from Vibestars keeping the vibe alive, all who supported we in the last year of clashes, I Shence, Heavy Hammer, One Love hi powa family, Bass fi Mass, Villada, Sud Sound system, Black Heart, the whole ROTOTOM family, Madkid, Zion cuts, Dj Delly, Chiara Miss Island pop, Sista Kappa, Burnin Fyah, Hunting Sound, Attila, Mighty Cez, Enrico La Familia, Shanty Sound, Katia, Trigga finga, Darione, Fronte crew, Rising Hope, Banpay, Biomassa, Jemani Jahka,Soul Rebel, Foundation NL, Fenshi, Bid, Urtica sound, our family from Spanish Town Stephen and Grassy Friends for Life promotion, our breda Slash from Portmore, Betty, Junior Rico, Ras Julio.